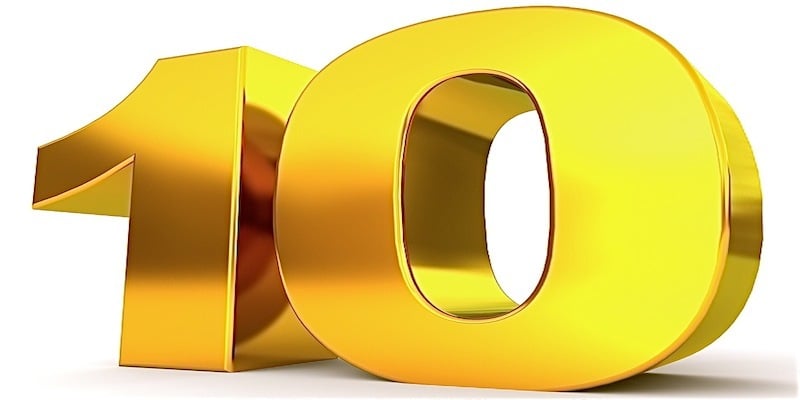 Travel websites and blogs have certainly fed you up with hints and tips about the beauties of the Eternal City. Surely Rome can offer inimitable landmarks, breathtaking views and astonishing itineraries: the sublime Fontana di Trevi, the majestic Colosseum, the astounding Roman Forum and so on. Few tell you, however, that Rome, being (in spite of itself) a great European metropolis, has really much more to offer. And that much is very often located outside of the touristic itineraries, constituting an “experience” in its own right.

Here’s to you our selection of 10 “Unknown Pleasures” of Rome.

You wouldn’t believe this, but Rome literally has its on wind. It blows from the seaside at the end of the summer and, although man has unknowingly tried to oppose it through huge barriers of concrete, it still chills up summer evening aperitifs for the locals. We are talking about the Ponentino (from Ponente, “West”, as this is where the Tyrrhenian Sea is located), even mentioned in some very famous traditional Italian songs.

If you have visited Rome in the weekend and you are into clubbing, you will surely have stumbled upon the infamous Roman Movida: from San Lorenzo to Testaccio passing through Campo de’ Fiori, these streets are full of trashy clubs for tourists. But if you really want to enjoy the city as the Romans do, listen to us: Rome has a fervent underground artistic life, which goes from the Social Centers (CSOA, real cultural forges in the 90s, with the Posse movement) to small live venues which often are known under the name of Circolo Arci and sometimes are located in suggestive outlying areas (Centocelle, Pigneto). So what are you waiting for? Take a ride (and have a beer)!

We have already shown you how Rome is becoming  the European capital of street art, and we do not want to bore you any further. But this list would not have been complete without mentioning how suburban areas have been transformed in the last years into real open-air museums: from Pigneto to Quadraro, from Trullo to Garbatella, it comes in all flavours. And our Italian language school in Rome also offers guided tours to discover the treasures of Roman street art!

Italian cuisine is famous for its elaborate recipes and ancient tradition, but especially in Rome there is so much delicious street food to taste! Whether you’re in the mood for a savory snack or a bit of dessert, a walk through the streets of the Eternal City will provide you with the perfect treat. From the supplì to the bomba alla crema (nomen omen) and the mythological maritozzo con la panna, you will undoubtedly find the way to warm up your heart with calories.

Enough with the usual museum, as beautiful and rich in history as they might be! Rome can offer every kind of extravaganza. For instance, the Ostiense neighborhood, by itself an intriguing mixture of industrial archaeology and historic landmarks, hosts the Centrale Montemartini, a dismissed power plant which now is the location of a stunning collection of marbles from the Roman times. But if you are looking for a true supernatural experience, you can visit the Museo delle Anime del Purgatorio, with its impressive collection of manuscripts, fingerprints and illustrations which were supposedly left by spirits of the Purgatory in search for prayers that would have let them enter into Heaven. And from Heaven to Hell (and to the history of Italian Cinema), tha master of Horror Dario Argento runs a small museum\store in the Prati neighbourhood: the name of this small but yet intriguing collection of memorabilia from the golden age of Italian Horror Cinema is, quite predictably, Profondo Rosso.

In the darkest years of Italian history, during fascism, the Duce Benito Mussolini (aka er Puzzone, “the smelly one”, to the citizens of Rome) commissioned the construction of several bunkers in view of the dramatic war experience. Two of these bunkers can still be visited: the first, immersed in the fabulous setting of Villa Torlonia, which was the residence of Mussolini himself, is part of a museum complex and can be visited under appointment; the second one is instead quite outside Rome, in the depths of Mount Soratte, and is much larger in size, being intended for the entire General Staff of the Italian Army. In both cases the visits can be enriched by a walk to discover the surroundings: a piece of classic and modern history for the first, a journey to discover an enchanted place for the second.

Still wondering around Rome’s surroundings, and specifically in the volcanic area known as Castelli Romani (named after the presence, in feudal age, of many noble fortifications), you can plan a food and wine stop at a Fraschetta: a sort of typical trattoria of the roman hinterland (in particular of Ariccia), with an extremely spartan character, very generous portions, low prices and live traditional music.

The territory around Rome is scattered with very beautiful and peaceful lakes, most of which have a volcanic origin. Besides the already mentioned Castelli Romani, with the lakes of Albano and Nemi (this last one holding ancient secrets), you can travel up north toward Bolsena, Martignano or Vico, locations that can offer astounding landscapes and relaxing itineraries through nature. But the king of the lakes that are easily reachable from Rome is undoubtedly the lake of Bracciano, one of the cleanest in Italy, on whose shores sit three historic towns: Bracciano with its renown Odescalchi Castle, Anguillara and Trevignano. Definitely a must-see!

9) The Via Aurelia seaside

From lakes to seaside! Everybody knows Ostia and Ostia Antica, but if you are actually looking for a peaceful sandy beach and clean water, you should head up north, following the Via Aurelia. The small coastal towns you will find are the top class destination for Romans who are looking for a chill-out weekend on the seaside. From Santa Marinella and Santa Severa (here too you can find a Castle which hosts live events) to the borders of Tuscany, with the Mount Argentario, you can find relief from the chaos of the city on a day trip.

10) A walk through the City Center in the early morning

Let’s end this list in poetry, as that is exactly what you will experience if you decide to take a walk  through Rome’s City Center at the crack of dawn. The smell of freshly baked bread coming from the Ghetto’s bakeries, the light that grazes the ocher painted facades of Umbertine buildings, the fresh, sparkling air not yet polluted by the ubiquitous traffic of the rush hour: this is priceless and, somehow, exclusive. As if Rome was built just for you!

by Kappa, Scuola di italiano per stranieri a Roma

learn in romestudy in rome 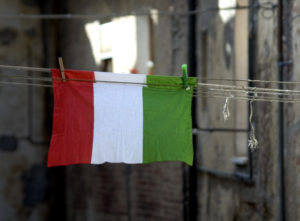