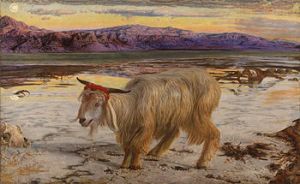 1. Fare da capro espiatorio (to be a scapegoat)

We tried to start with an easy one since this form of speech is also present in English and in many other Indo-European languages (Benjamin Malaussene, anyone?). The expression comes directly from the Jewish tradition, mentioned in Leviticus 9:15, of sacrificing a goat as a ritual of purification during the Yom Kippur. Passing from the original meaning to the modern one of being a person unfairly blamed for some misfortune doesn’t require too much effort.

2. Essere una manna dal cielo (to be a boon)

Manna (or Mana) was an edible substance that, according to the Bible (Exodus 16:1-36 and Numbers 11:1-9) and the Quran, God provided for the Israelites during their travels in the desert. This image is so deeply rooted in the Italian language that one could actually use this expression to cheer up when something good (and yet unexpected) happens: è proprio una manna dal cielo!

3. Occhio per occhio, dente per dente (eye for an eye)

This very common expression is a direct reference to the law of retaliation (legge del taglione in Italian), the principle that a person who has injured another person is to be penalized to a similar degree. In a wider sense, this expression is used whenever one is seeking some form of revenge.

4. Seminare zizzania (to drive a wedge, to sow discord)

This one comes from the Gospel of Matthew, in which we can find the Parable of the Tares (Parabola della zizzania). Tares is actually darnel, a type of grass\weed that ruins crops, and it is used here as a metaphor for the struggle between the spiritual children of Christ (the good seeds) and the unbelievers (the tares).

5. Vendersi per un piatto di lenticchie (to sell yourself for a mess of pottage)

In the Book of Genesis 25:29-34 we find the two sons of Isaac, Esau and Jacob. The latter, one day, offered his brother the sale of his birthright in exchange for a lentil soup. The expression is often used to describe the action of giving away something of profound value for goods of derisory nature. 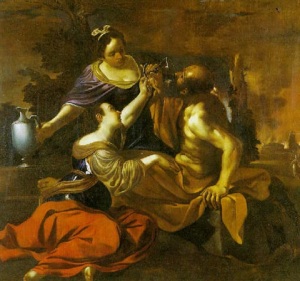 6. Restare di sale (to be flabbergasted)

Again in the Book of Genesis 19:1-26 is told the dramatic story of Sodom and Gomorrah, destroyed by God for being consumed by vice and idolatry. The expression makes reference to the fate of Lot’s wife, who was told not to look back while escaping from the cities. The woman disobeyed and was turned into a pillar of salt. The idiom is currently use to express disbelief or surprise (“alla notizia, sono rimasto di sale!”).

This expression comes from the Book of Daniel in which the prophet tells about the dream of King Nabucodonosor: a giant statue with golden head, silver chest, bronze legs and, as a matter of fact, clay feet. Today this form of speech is a metaphor for something huge (such as a corporation or a party) which does not have steady foundations.

8. Essere il beniamino (to be the favourite)

One of the most poetic and intense books of the Old Testament, the Book of Qoelet (1:9) is responsible for this sometimes abused quote (nihil sub sole novum in latin), which is used to indicate an unchanging (and unchangeable) situation.

Although brought to fame by playwright Carlo Goldoni and his Arlecchino, this expression comes from the Gospel of Luke (16:13): “One cannot serve two masters, nor two mistresses”. The meaning is clear: the idiom is used as a reference to a double-crosser, a two-timer.

We find this expression in Matthew 7:6, meaning “to give things of value to those who will not understand or appreciate it”.

The Book of the Judges (16:18-21; 28-30) tells the story of Samson, an Israelite judge who performed feats of strength against the Philistines but was betrayed by Delilah, his mistress. Blinded by revenge, Samson decided to destroy Philistines temple with his bare hands, although he knew he would die too. The idiom is often used in reference to someone who doesn’t hesitate to harm him or herself if it helps hurting others.

The figure of Judas is commonly used (not exclusively but very widely in the Italian language) to indicate a traitor. Along with his name, the expression per trenta denari (for 30 pieces of silver) indicating the amount of money earned by Judas to betray Jesus Christ, is often used.

So this was our list, but please feel free to integrate it and suggest new idioms in the comments! Amen. 🙂

Driving up the trabucchi coast