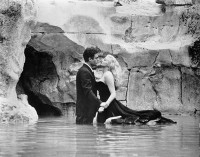 With “The Great Beauty”, prized as best foreign movie at the Academy Awards, it seems that the city of  Rome has taken back a central role in the international movie industry.With the once-glorious Cinecittà Studios decayed beyond repair, Rome can at least exist in the Cinema as an elegant movie set. In recent years, many  international productions were set in Rome, capitalizing its lights, its streets, its unique, chaotic beauty : “Eat, Pray, Love ” starring Julia Roberts and Woody Allen’s “To Rome with Love” to name the most famous; maybe “The Great Beauty” success itself was also determined by this renewed appeal and interest in the city.

Like many fellow citizens, one of my favourite hobbies is complaining about my hometown, but when it comes to the big screen I instantly become a grumpy centurion in defense of Roma, caput mundi. Suddenly over-defensive, I always have the feeling that my city hasn’t been well depicted: too sterotyped, too elegant, too beautiful, too rich, too untroubled or too chaotic, especially in foreign movies.

Of course I’m too demanding: one movie alone cannot tell any city, its people, its infinite layers of history and stories, its comical and tragical aspects. I’m pretty sure a newyorker could complain the same way.But those interested in learning more about Rome can do it through Italian movies: for many reasons each one of Italian cinema periods seem to represent Rome from a peculiar and distinctive point of view, and some Italian movie genres focus on peculiar aspects of the city:the tough city in the second war aftermath, depicted in neorealist movies such as “Ladri di Biciclette”,  its elegant and corrupt centre in Fellini’s “La Dolce Vita” and in Dino Risi’s hilarious commedies (“I mostri” is my favourite), its sprawl, violent and hostile in the ’70s cop movies (“Roma a mano armata”) but still innocent in Pasolini’s movies (don’t miss “Uccellacci e Uccellini”). If you dig into italian history, you may already know many costume dramas set in Rome but maybe you missed Luigi Magni’s beautiful trilogy on the Papal Rome of the 1800s (“Nell’anno del Signore”, “In nome del Papa Re” and “In nome del Popolo Sovrano”). To peer into the Vatican keyhole in modern times you’d better watch revealing Nanni Moretti’s “Habemus Papam” than “Angels and Demons”. From the same author there’s a famous review of some Roman quarters in the first episode of “Caro Diario”.

Most of these movies are well-known, it’s easy to find them with subtitles; you could watch them paying attention to the movie set, to the piazze and vicoli where the story unfolds. Also, if you have a basic knowledge of Italian, it can be a good chance to practise the language or even learn a bit of roman, whichcan turnuseful if you plan to visit the city.

Italian movies for students of Italian 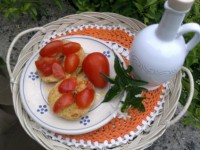 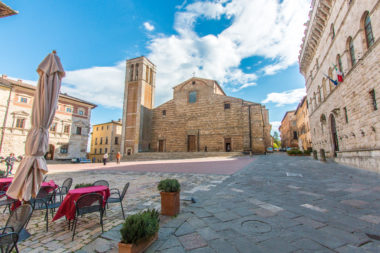